There is no right of appeal from the decisions of the Court of Appeal.  It is the highest court in the Kingdom except in respect of appeals from the Land Court on matters concerning hereditary estates and titles.  Those appeals are heard by His Majesty in Privy Council.

The Court of Appeal sits at Nuku’alofa twice a year for up to two weeks each session.  The sessions are usually in March/April and September.  The rulings of the Court are delivered at the end of each session.

JUDGES OF THE COURT OF APPEAL

There is a panel of Judges of the Court of Appeal.  The Judges are appointed by His Majesty in Privy Council (clause 85 of the Constitution).

The overseas Judges sitting on the Court of Appeal from time to time are:

Please click on the link below to view judgements. 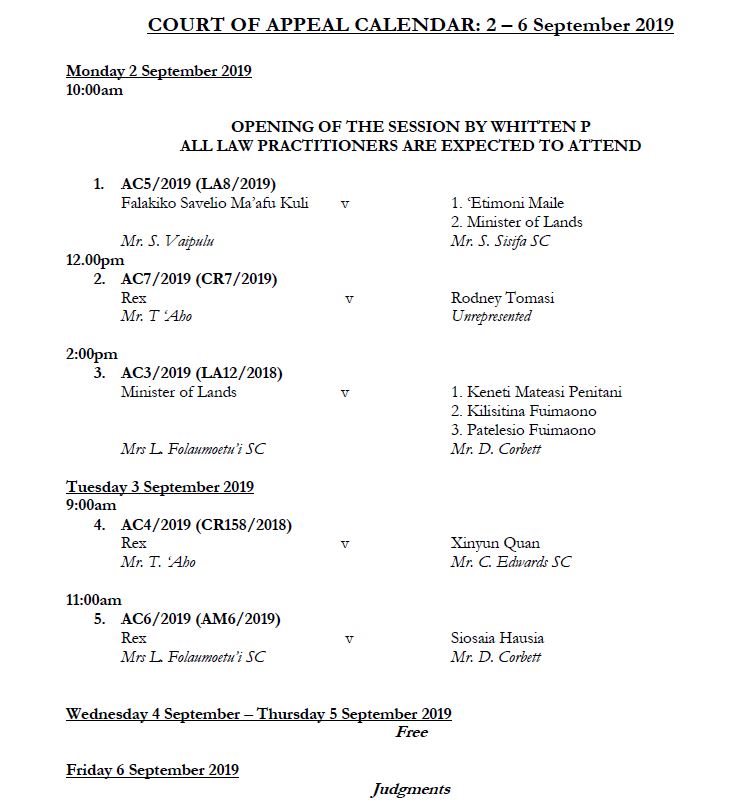 This is the official website for the Ministry of Justice, Tonga.